ReSensation® is an important topic for women who have undergone a mastectomy and want their new breasts to look, and especially feel, just like a natural breast. The good news is that a procedure called ReSensation®, which includes a combination of nerve-sparing mastectomy and natural tissue reconstruction, can return some sensation to the reconstructed breasts.

Unfortunately, techniques to restore sensation are not always offered as part of a traditional reconstruction process. “It’s almost like grieving something that you’ve had

all your life and it’s taken away from you,” Elizabeth Chestnut told ABC News. “So when that’s taken away, you’ve lost something.”

Chestnut is a mother and a women’s health nurse in Florence, South Carolina, for nearly 25 years. Her cancer journey started in 2013 during a routine mammogram when doctors discovered some irregular cells. 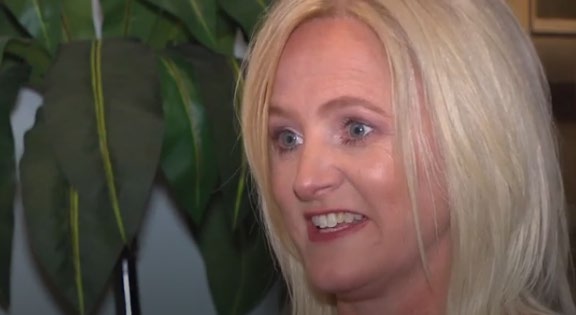 Five years after her lumpectomy, Chestnut’s cancer returned when she was diagnosed with Ductal Carcinoma in Situ (DCIS). For treatment, she opted for a double mastectomy and with the help of two microsurgeons from the Center for Natural Breast Reconstruction, Richard Kline M.D. and James Craigie M.D., bilateral DIEP natural tissue reconstruction.

Dr. Craigie explained to the ABC reporters what plastic surgeons that specialize in microsurgical breast reconstruction do for mastectomy patients. “As plastic surgeons, we’re trying to rebuild parts of the body as most like they were before surgery or before an accident,” he said.

The ABC segment shared information on the nationwide “ReSensation®” study that initially involved only 12 locations, including The Center for Natural Breast Reconstruction – who remains the only study site in South Carolina.

“The study is looking at how we do a better job of restoring sensation, so it can become an integral part of the reconstruction process,” explained Dr. Craigie. “It’s more about getting superior results with new innovative techniques,” said Dr. Craigie.

As part of that study, Chestnut received a nerve graft, ReSensation® surgery, which was a success. Her data will now be compiled with 1,000 others undergoing similar surgeries.

“It’s a wonderful privilege to work with these patients because they’ve gone through so much and we come in at the end of a long process and help them get their bodies back together and move on,” said Dr. Craigie.

Click here for the entire ABC news segment. For more information on ReSensation® and The Center for Natural Breast Reconstruction, visit https://naturalbreastreconstruction.com/ or call 843-849-8418. The Center is located at 1300 Hospital Drive, Suite 120 Mt. Pleasant SC, 29464.