Pre-Pectoral and Direct to Implant Reconstruction 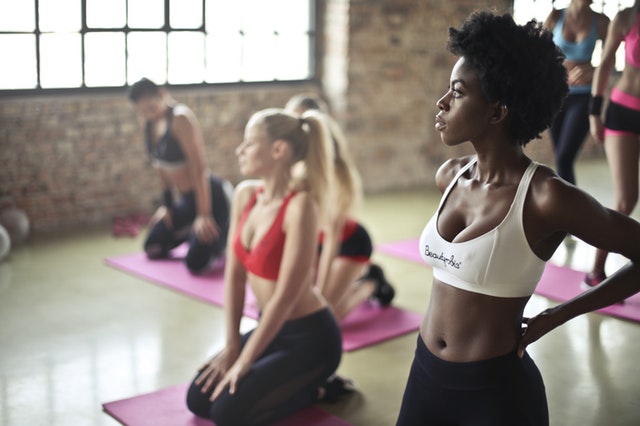 New technology constantly emerges giving us the opportunity to continue to provide state-of-the-art care to our patients. Advancements in imaging lead us to a greater understanding of breast flap physiology and perfusion helping to maintain our greater than 99% success rate for microsurgical breast reconstruction procedures. Donor sites are no longer limited to the abdomen and buttock allowing us to offer natural reconstruction to even more women who desire these procedures. Nerve grafts are being developed and tested now giving the ability to restore sensation to a reconstructed breast in the near future. Advances in acellular dermal matrices (ADM) are revolutionizing implant reconstruction. New and exciting advances in the management of post- operative pain are allowing us to drastically decrease the need for post- operative narcotic medications. Every day there seems to be something new that enhances the services we provide to women who desire reconstruction after mastectomy.

– This procedure relies on a combination of donor sites – along with their nourishing blood vessels – to reconstruct the breast. This is a useful option when a woman only needs one breast reconstructed but no single donor site can give her the fullness she desires, or provide ample tissue to match her unaffected breast. For example, in a stacked DIEP, surgeons would take tissue from both sides of the tummy to make one breast.

– Tissue from under the arm or chest can be used to boost the cup size of a natural breast, or to match a natural breast with its reconstructed mate. It is also possible that once healed, a newly constructed breast would benefit from some supplemental tissue. By borrowing tissue from near the breast, and using its existing blood vessels, surgeons can also use this technique for women who have not had mastectomy, but as an alternative to breast implants.

– Now being offered as an alternative donor site, this is basically a higher superior GAP flap that converts “love handles” into donor tissue.

– A new procedure for patients whose underarm lymph nodes have been removed in their breast cancer treatment. It is now possible to treat the resulting lymphedema by transferring lymph nodes from the outer leg or upper outer tummy.

– We’re developing techniques to relocate nerves along with the fatty tissue utilized during reconstruction surgeries. These methods may help speed recovery or improve sensations after mastectomy.

Why Choose The Center for Natural Breast Reconstruction?

Meet our dedicated surgical team who are at the forefront of breast reconstruction surgery and committed to our patients.

You asked and our own Lindsey Weaver FNP-C, Dr. Craigie’s Nurse Practitioner and Site Administrator for our Sensation-NOW study, is here to answer all your Resensation® questions!  Q:   If I did the prophylactic mastectomy next summer with the DIEP reconstruction, I'm...
Read More

Q:  Would blue cross blue shield cover reconstruction of tubular breasts?   A:  I wish I could give you a definitive answer. The only way to be sure if your insurance would cover correction of the deformity would be to submit a request for pre-determination to...
Read More

Gail Lanter: Hello, thank you for visiting. Can I help you in any way? Visitor: Hello! There is so much information out there. My main concern is how long is the surgery and the estimated recovery time of this surgery after a double mastectomy? Gail Lanter: Including...
Read More

Gail Lanter: Hello, thank you for visiting. Can I help you in any way? Visitor: No, I just had a mastectomy and wanted to see if my scars are like other patients. I would like to know who, other than my surgeon, was involved in my surgery. Gail Lanter: There are many...
Read More

THE CENTER FOR NATURAL BREAST GALLERIES