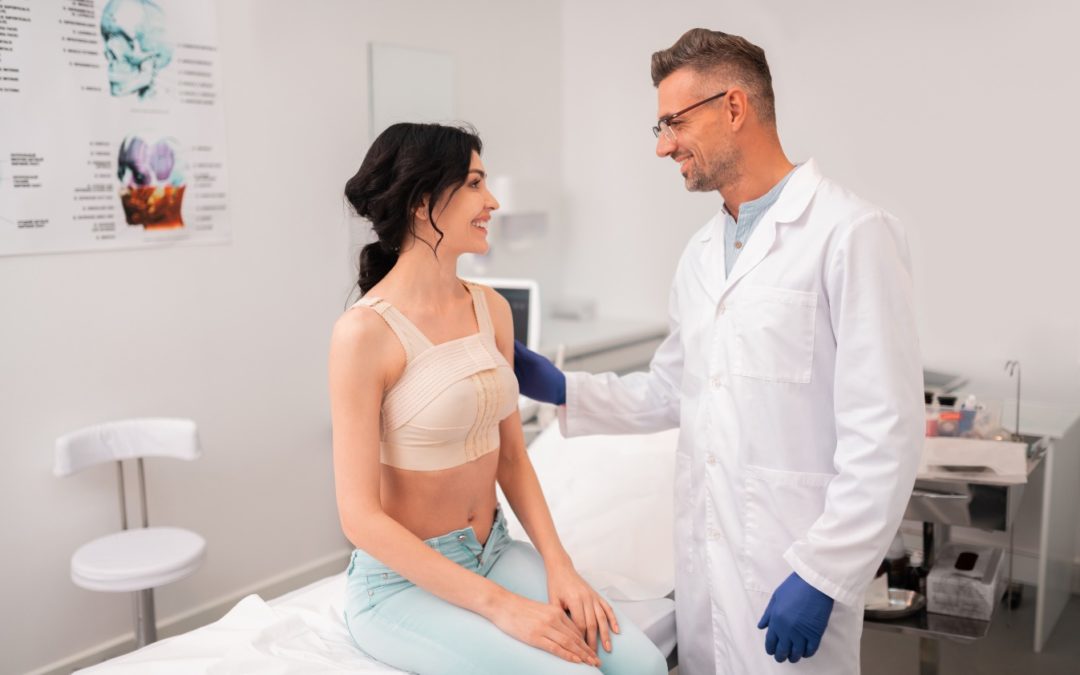 Q: I just read your reply regarding latissimus flap reversal. Mine was performed in fall of 2016 post double mastectomy, radiation (26 rounds) were started after healing from mastectomy. Unfortunately I was “over-radiated” on right side and was informed that muscle had basically been “cooked” and continued efforts for reconstructive surgery on that side would be “quite involved and lengthy.”

After consideration, I opted to stop. Now I’m left with pain every day, a growing amount of scar tissue in my armpit, severe pulling and tightness all throughout surgical area and what I can only describe as a feeling of being “suffocated” from inside. It feels as though my ribs/long are being squeezed. That’s the only way I can describe it. It’s becoming increasingly difficult to live with. The front of chest where it was “attached” I’m assuming is a horizontal, hard “bone” I’m guessing that causes severe “cramping” type shots of pain if I bend over to put shoes on or activity such as that. Add to this…chronic lymphedema in my right arm due to lymph node resection and every day is becoming a struggle. What are your thoughts please?

A: Hi Suzie. So if I understand correctly, you have an implant on the left side (with or without a latissimus) which isn’t giving you any trouble.

You have a latissimus without an implant on the right (radiated) side, and you have tightness, pain, cramping, and just generalized discomfort, getting worse with time.

Please understand that the following remarks are only generalities, and I can’t really comment specifically on you because I haven’t examined you.

The first thought that comes to my mind after reading your story is that you may have “complex regional pain syndrome (CRPS),” which is an aberration of the autonomic nervous system very rarely seen post-injury. It can produce pain out of proportion to physical findings, the tightness which you describe, and other symptoms. I saw another patient many years ago with nearly identical symptoms as you after mastectomy, and she was ultimately diagnosed with that CRPS. We do not treat this condition, but many pain therapists are comfortable managing it with nerve blocks, etc. They can also determine if that is actually what you have. It is very important to make sure you don’t have this before proceeding with any more surgery, because surgery could make it even worse.

Of course, you may not have that at all. Sometimes the latissimus flap can get “tight,” and produce tightness and spasms. I have achieved some success in the past in this situation by dividing the latissimus and/or the nerve supplying it, but I haven’t done it enough to give you meaningful statistics.

Radiation by itself could produce your symptoms, although thankfully most people tolerate it fairly well. If radiation injury was determined to be the primary problem, physical therapy and a course of hyperbaric oxygen (HBO) therapy could be very helpful. Improvement in the softness and suppleness of radiated tissue has also been noted after autogenous fat grafting, although the efficacy of this technique is less well-established than HBO. We probably fat graft as an adjunct to breast reconstruction (100-200) times a year, and we often see improvement in the appearance and softness of radiated skin. I can’t prove that the fat grafting is responsible because we haven’t done a controlled randomized study, but I can say with confidence I don’t recall seeing similar improvement in past years before we started fat grafting.

There is no great cure for lymphedema. We do offer vascularized lymph node transfer to lymphedema patients, but I must stress that this is an experimental procedure. We offer it as a standalone procedure only (not at the same time as a DIEP flap), because I do not believe it is possible to optimally situate a DIEP flap for breast reconstruction and attached inguinal nodes in the axilla simultaneously. About half of our patients who have undergone this procedure believe that they are improved, the rest note no difference. Thus far we do not appear to have made anyone worse, although that is a potential concern.

If you wanted to have a breast reconstruction on the right side anyway, your radiation does not impact the chances of having a successful DIEP, sGAP, or other flap. We have done these successfully on many hundreds of radiated patients. It is possible that the addition of a healthy non-radiated flap to the radiated area could improve your symptoms, but I would not do the flap for that reason alone.

Thanks for your interest. I’d be happy to chat with you or see you in consultation.